Apply Now
Back to Main Page

Stanley Litow teaches graduate courses on the role of corporations in society and the politics of education. He previously served as IBM’s Vice President for Corporate Responsibility  and President of the IBM Foundation for over two decades under three CEOs. He is the author of ” The Challenge for Business and Society: From Risk to Reward” and is a regular columnist for Barron’s. He has held high level positions for the Mayor and Governor of New York, and served as New York City’s Deputy Schools Chancellor. 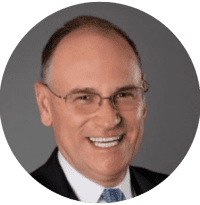 Utaukwa Allen, is the Vice-President, CSR, Citizenship and ESG at Kyndryl, the world’s largest IT infrastructure services provider. Before joining Kyndryl, Utaukwa served as a Senior Director at Microsoft, leading the  community development and sustainability strategy for Microsoft's global datacenter operations in 60+ cities and regions. Prior to Microsoft, Utaukwa practiced corporate, 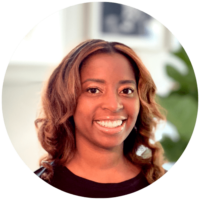 Utaukwa Allen, is the Vice-President, CSR, Citizenship and ESG at Kyndryl, the world’s largest IT infrastructure services provider. Before joining Kyndryl, Utaukwa served as a Senior Director at Microsoft, leading the  community development and sustainability strategy for Microsoft's global datacenter operations in 60+ cities and regions. Prior to Microsoft, Utaukwa practiced corporate,

Through the Duke Center for International Development, the Sanford School designs and delivers an array of courses for professionals and practioners in the field of international development.

Melody Barnes is the Former President’s Domestic Policy Adviser and the Director of the Domestic Policy Council, which coordinates the domestic policy-making process in the White House. Before joining the White House, Barnes served as the Senior Domestic Policy Advisor to President Obama’s campaign. Prior to joining the campaign, she was the Executive Vice President for Policy at the Center for American Progress. From 1995 to 2003, she served as Chief Counsel to Sen. Edward M. Kennedy on the Senate Judiciary Committee. In those capacities, and as Director of Legislative Affairs for the U.S. Equal Employment Opportunity Commission and assistant counsel to the U.S. House of Representatives Judiciary Subcommittee on Civil and Constitutional Rights, she worked extensively on civil rights and voting rights, women’s health, religious liberties, and commercial law. Barnes received her bachelor's degree from the University of North Carolina at Chapel Hill and received her law degree from the University of Michigan. She began her career as an attorney with Shearman & Sterling in New York City, and is a member of both the New York State Bar Association and the District of Columbia Bar Association."

John Bridgeland is Founder & CEO of Civic, a social enterprise firm in Washington, D.C. He is also Executive Chairman of the Office of American Possibilities, a moonshot factory to tap the entrepreneurial talent of Americans to solve public challenges together across divides. In that capacity, he is Co-Founder and CEO of the COVID Collaborative, a national platform to combat COVID-19; Co-Chairman of Welcome.US to inspire, educate and engage Americans in supporting the resettlement of Afghan, Ukrainian and other refugees; Co-Founder of ACT NOW, a ground-up effort to re-envision community safety and policing; and Co-Founder of the Partnership for American Democracy to align efforts in democratic renewal around 5 “Sustainable Democracy Goals.” 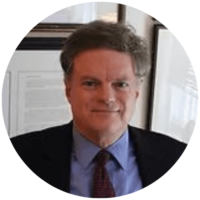